DJ and label owner Lorenzo digs out more lost Italian soundtrack recordings from the 1970s and '80s. The first volume of Musica Per L'Immagine (rough translation: Music For The Motion Picture) came out of left-field in 2017 and, appropriately, left a lot of music fans stunned. Stunned both because the music gathered across the 2 LPs was very fine (and obscure – even hardcore crate diggers had not heard the likes of the Flip Flop Group or The Space Craft's Men) and stunned due to the music sounding almost nothing like that which we consider to be "Italian soundtrack". No eerie Morricone-style electric guitars and harmonicas, no Rota-era baroque strings and folk melodies. Instead, what Musica Per L'Immagine gathered was a grab bag of recordings from the late-1970s and early-1980s that displayed a distinctly Italian tendency to create spacey funk, disco, jazz, easy listening and such. Library music with a soft Latin groove. 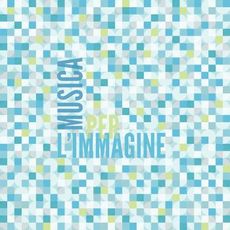