Featured on the album are two versions of the song ‘Daily Battles’, each performed by musical icons of modern music. Thom Yorke (who wrote the song) - along with Flea - performs a sparse and emotionally stunning version, whilst The other version was arranged and performed by jazz trumpet icon Wynton Marsalis, who an instant jazz standard version that conjures images of the 1950’s-era, gin-soaked Harlem jazz club seen in the film. Additionally, the album showcases new recordings of several jazz classics along with songs created by in-demand composer Daniel Pemberton – all in that same smoky-jazz-club vibe - recorded by Marsalis and his ensemble specifically for the film. 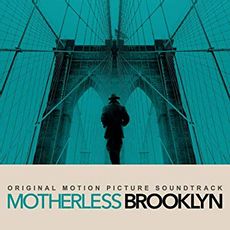