pulling together the smoky talents of unloved, brigitte bardot and cigarettes after sex (to name a few), this soundtrack is, unsurprisingly, a masterpiece of darkly atmospheric compositions.

As post-episode surges towards song-seeking app Shazam testify, Holmes and music supervisor Catherine Grieves absolutely nailed it with their BAFTA-winning music for Seasons 1 and 2 of BBC America’s Killing Eve. the Emmy-winning spy series has established itself as a swaggering, slippery, playful and punchy thriller. And it comes with killer soundtracks to match, modern classics of pick’n’mix curation cut from the cloth of cinematic style but tailored with a moody, mischievous vivacity of their own. As Grieves tells the tale, it became clear during early talks that strong female voices, multiple artists and a great composer would be crucial ingredients of the show’s music. 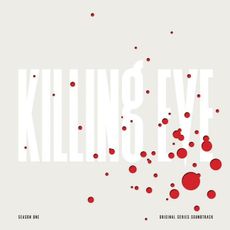