Sony Classical are pleased to release the soundtrack to the critically acclaimed film ‘The Irishman’. 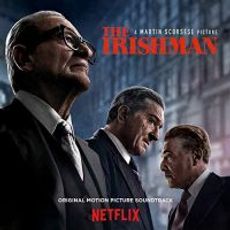