 ‘Queen & Slim’ is a 2019 American romantic crime drama film that follows two African-Americans on the run after killing a police officer in self-defence during a traffic stop. Directed by Melina Matsoukas (Beyonce’s Formation) and written by Lena Waithe (Master of None and Ready Player One), the film stars Daniel Kaluuya (Get Out), Jodie Turner- Smith, Bokeem Woodbine, Chloë Sevigny, Flea, Sturgill Simpson and Indya Moore.  The release of the ‘Queen & Slim’ score marks an incredible couple of years for Hynes, who recently wrapped up a tour opening for Tyler, The Creator in arenas across America. As Blood Orange, he released the mixtape Angel’s Pulse this past summer, in addition to directing a video for Beck, writing a collection of classical music with Third Coast Percussion, directing and releasing a series of his own videos and being called one of the Fast Company’s 100 Most Creative People For 2019. 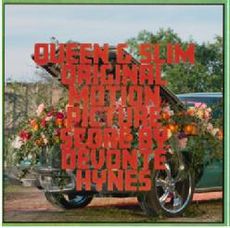