SORRY TO BOTHER YOU

It was one of mondo's favourite albums of 2018, and we are honoured to finally share it with you. Writer / Director Boots Riley understands your potential confusion. After all, his band The Coup's 2012 album, his film directorial debut, and said film's soundtrack all share the same name. So Boot's wanted to settle the score once and for all - hence why the text on the front cover reads "This is the real, actual soundtrack to the movie Sorry To Bother You by The Coup (This has all new songs and is not to be confused with the album of the same name by the same band years ago...)" 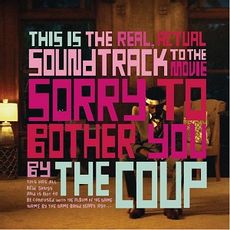