a surf/ska/spaghetti western soundtrack for a film yet to be made, think dick dale jamming with the skatalites with morricone at the helm.

prince fatty meets the mutant hi-fi in a fevered, frontal lobe-damaged brainchild which includes an appearances from alessandro alessandroni (the original spaghetti western whistler no less!). ska beats, squidgy shadows-esque guitar solos, brittle electric chords & brass led melodies (that flirt with eerie but quickly side with hilarity) are the podium from which numerous hammy b-western samples make their threats & declarations. definitely taking influence from the most upbeat, self-mocking examples of the spaghetti tradition! 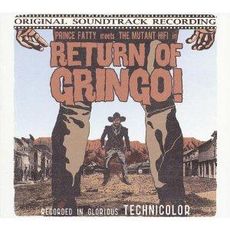