a talented singer himself, pratt has been involved in music since the early ‘60s, having started producing alongside bunny 'striker' lee. he recorded & released some of the best of jamaica's vocalists, including gregory isaacs, delroy wilson, dennis brown & pratt's favourite singer ken boothe. 'dial m for murder' was recorded at channel one around 1979/1980 with sly & robbie as the rhythm section. it features a lean but stellar cast of players that was used regularly by pratt. the album provides a closing statement in the more cultured, stately production style of his collaborator errol thompson before the next generation of dub experimentation commenced. 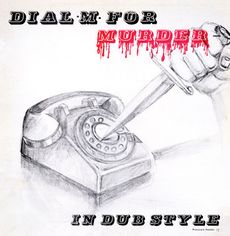