lost tapes of a previous incarnation of uk roots act talisman from 1979 gets released for the first time.

until recently bristol archive records had believed that no recordings of revelation rockers existed. when they were handed the master tapes for these 5 fully realised tracks they knew something pretty special had been unearthed. this record is essential for all fans of uk roots reggae & beyond, rewriting the story of what was happening on the bristol & uk reggae scenes in 1979. 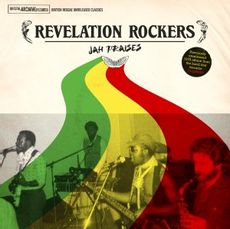