the first cd by manchester reggae band x-o-dus, who released their only single on factory records in the late ‘80s, they were never to record an album, finding it hard to make a name on an experimental art rock label. it’s a shame, for aside from the stunning single, the ‘rainy city reggae’ penned by the group is highly distinctive; dubbed out, atmospheric & gloomy, free from the religious dogma typical of other reggae bands at the time. a sadly overlooked band but a worthy revival on this essential collection.

matt recommends : this classic early factory records 12” gets fleshed out with 7 lost demo tracks that were scheduled for an album that unfortunately never materialised & gives us a glimpse into what could have gone down as one of the best british dub albums of the early 80’s. with production being handled post-punk-dub legend dennis bovell (the slits, the pop group) this was always going to be an absolute gem. tough summer vibes. 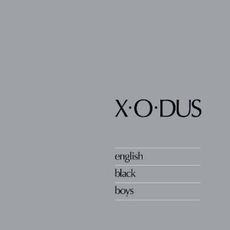