perry was beginning to fulfil his immense potential as a music maker, producing a flow of sublime reggae masterpieces from his cramped black ark studio, situated behind his house in washington gardens, kingston. one of those to directly benefit from his immense talent was earl george lawrence, a gifted singer who since making his recording debut some six years before had cut a number of worthy 45s under a number of aliases. renamed by perry as george faith, their sessions resulted in this, his debut album. 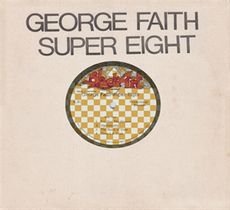