by 76', at the now fabled Black Ark studio, perry began producing a body of work that is now widely regarded as the high point in Jamaica’s rich musical history.

Arguably his finest album from this time was a multi-textured instrumental/Dub set entitled ‘Scratch The Super Ape’, which subsequently saw issue on Chris Blackwell’s Island concern in the UK as simply ‘Super Ape’. The popularity of this seminal collection led to the similarly constructed ‘Return Of The Super Ape’, released in Jamaica the following year. Now both of these essential long players are finally united on this 2CD set, which is further enhanced by a number of relevant bonus recordings from the period. 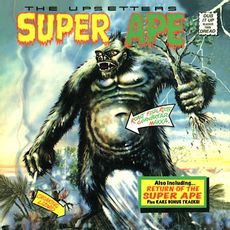