the 'black star liner' vocal set raised the bar for roots reggae music on release in 1976 & this long lost dub companion is a vintage reggae gem.

these tracks, previously only heard on dubplate specials & long thought lost to the world, have finally seen a vinyl re-release. the power of these versions remained for life with all those privileged to rock with them in those halcyon days, the title track a hugely effective, prophetic garveyite vision of repatriation that set the world of roots reggae alight. it struck a resounding chord with the new generation of rastafarian youth in jamaica & the uk, propelling locks to cult status in the process. 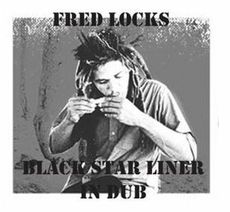