From the archive of producer Jah Thomas’ Midnight Rock label comes the 3rd & final in the series of lost & previously unreleased dubs.

Mixed at King Tubby’s Studio by both the master himself & his apprentice Scientist, this is prime early 80s dub pressure. Jah Thomas would record his rhythm tracks at Channel One with the legendary Roots Radics Band, and would then go to King Tubby to get his dubs. He would be given 3 passes of each track and down the years these had become discarded & unheard. Amongst the rhythm tracks given the Tubby treatment are ‘No No No’, ‘Stalag’ & ‘Letter From Zion’ which was the backing track to Junior Keatting’s ‘Jah He Wrote Me A Letter’. 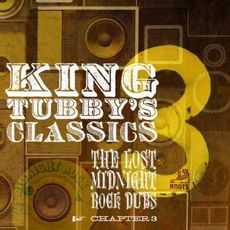