versus the drunken gambler


a concept album that draws from a mix of hip hop fantasy & reggae reality.

A musical tale of betrayal & revenge backed by the 'Supersized' assasins & the Mutant Hi-Fi, each having their unique kung fu style & weapons in a series of epic sound system battles. Featuring Studio One legend Winston Francis & George Dekker from the Pioneers as the invincible Twins of Fury, Hollie Cook as the deadly Angel of Vengeance & as special guest, the infamous Dennis Alcapone. 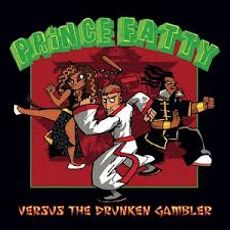