The late 60s witnessed the development & rise to musical dominance of Reggae, with this new, dynamic style rapidly usurping the more languid sound of Rock Steady, which had reigned in Jamaica since 1966.

Early Reggae recordings were noted for their tempo & energy, but by the early 70s, the tempo has slowed significantly, with the mellow vibe gradually established. In more recent years, the inaugural, high-energy version of the genre that acquired a strong & dedicated following among Britain’s original Skinheads, has become accepted as a sub-genre of its own, with the style acquiring the label, "Boss Reggae". 40 of the most popular & sought-after tracks in the style, with 18 of the tracks new to CD. 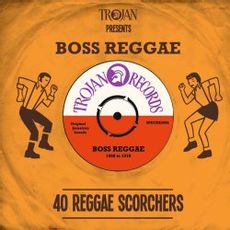