one of the great success stories of the '80s, barrington levy, arrived on the dancehall scene & swiftly remodelled it in his own image. although numerous djs & vocalists would rise & fall during this decade, levy was one of the few with staying power, & he continued releasing massive hits well into the '90s in the roots, lover's rock & dancehall styles. 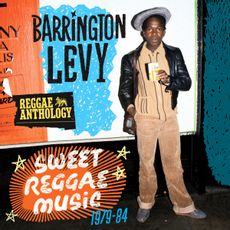