bobby kalphat & the sunshot all stars


perfect sunshine sounds! keyboardist Bobby Kalphat, best known for his work with producer Phil Pratt but who worked with a series of some of the top artists of Jamaica from the late 60s through to the present day, is finally getting some recognition amongst the major players in the 50 odd years of the musical history of Jamaica’s popular music.

This release features the legendary album 'Zion Hill Dub', originally out on pre-release only on Pratt’s Terminal imprint in 1977 & never re-issued until now; the set is a collection of a few 45s bearing Kalphat’s name as an artist plus a number of other sides where he featured as the main player, either on keys or melodica. In addition to the original 10 tracks from the album a further 7 contemporary cuts are added as a bonus. 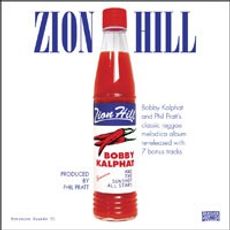