marking the 35th anniversary of this 1978 classic, Included in addition to the original 10-song release is the B-side ‘Smile Jamaica’.

the expanded 2cd collection also features the highly sought-after, unreleased show, 'Live at Ahoy Hallen'. featuring 24 tracks, all completely remastered to the highest modern standards, Themes of commonality and unity pervade this release more so than previous albums. Likewise, the overt political stances that had become somewhat of a moniker for Marley and the Wailers are temporarily replaced by timeless compositions, such as the eternally optimistic ‘Easy Skanking’ and ‘Is This Love’. comes with a 23-page booklet that includes lyrics, rare photos, plus extensive liner notes. 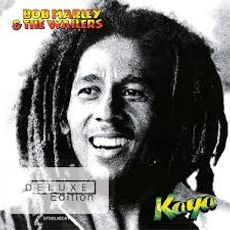