the ladies at joe gibbs


this compilation brings together the classic hits from the female artists gibbs recorded.

the legendary productions of joe gibbs have generated many of the reggae genre’s biggest hits, with the producer/label operating predominately between 1972 & 1984. the songs & riddims are most familiar & underscore why joe gibbs productions were at the top of the genre during these prime years. judy mowatt & june ‘jc’ lodge went on to have major careers in reggae while other names have faded. some of the re-mastered tracks include previously unreleased extended mixes. featured tracks include marcia aitken ‘my man’ & ‘i’m still in love with you’, june ‘jc’ lodge ‘someone loves you honey’ & a special extended version of althea & donna’s classic uk number one ‘uptown top ranking’. 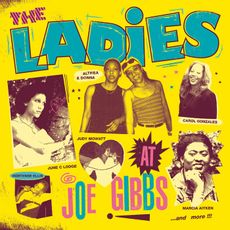