the benevolence of sister mary ignatius


Lee Thompson & Mark Bedford, 2 founder-members of Madness, convened at a rehearsal studio in Hackney in 2011 with the idea of playing, & paying tribute to, the kind of music that had inspired them as teenagers - 1960's/1970's Jamaica ska sound.

'The Benevolence of Sister Mary Ignatius' album is the fantastic result. Dave Robinson, founder of Stiff Records, was also involved in the process. the record Features the 2 Madness boys & a whole host of ska instrumentalists & was Produced by Ska Orchestra & Prince Fatty. 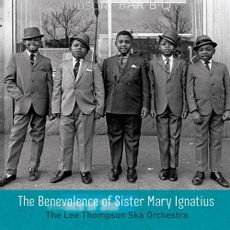