Its cuts include love songs & an herbal observation, plus the standout title track & 'Sons of Garvey', originally recorded as a duet with Jimmy Cliff on his Sunpower label. A much mellower set of tracks than his debut 'life of contradiction', yet the song writing remains as clear & as lucid as ever. Joe Higgs glides through this self produced album. “I like phrasing my voice like an instrument. I love jazz. People will always be ahead of people. Some walk, some run, some creep. I’m not concerned about success. Music is my teacher. But it’s not good to be ahead of time, because life is a progression.” - joe higgs. 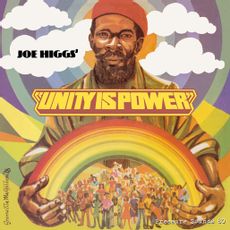