Beresford Simpson, c.1962, Kingston, Jamaica, West Indies - Simpson began his recording career with Glen Brown, who produced ‘Daughter A Whole Lotta Sugar Down Deh’, which surfaced in the UK as the b-side to ‘2 Wedden Skank’. Other singles appeared, notably ‘Tel Aviv Skank’. His early recordings were in his own name but he chose the pseudonym Prince Hammer for his own productions. 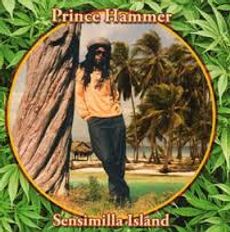