The productions of producer Bunny ‘Striker’ Lee were so extensive in the early to mid 1970’s that labels were created just to handle his ever expanding output.

Three labels that came about during this time when dub was king were Jackpot. Justice & Attack. Here the jackpot label is in the spotlight with this collection of some of its finest dub cuts. Jackpot Records was formed in the early 1970’s as a subsidiary of Trojan Records to handle the output from the hitmaker from Jamaica, Bunny ’Striker’ Lee. here are gathered some of the best dubcuts from this label & era. 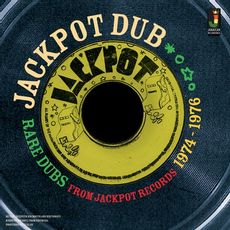