evolution of dub volume 8 : the search for new life


This is the final volume in Greensleeves’ critically acclaimed series of box sets spotlighting key moments in the evolution of dub.

The four speaker-disturbing dub sets include Prince Jammy's game changing 'COMPUTERISED DUB' album from 1986, & 'VOYAGE INTO DUB', which is a first time ever CD collection of some mind juggling Two Friends Crew dubs. Bringing the dub story up to date, 'JUKE BOXX DUB' is a new set from Shane Brown that gives the likes of Morgan Heritage some dub treatment, & rounding of the set is 'DUB CLASH' from Alborosie, a limited edition tour only CD from 2010 at last being made available for all. 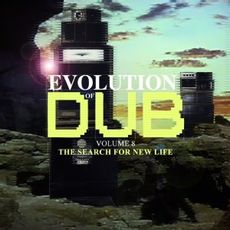