Tapper was one of the few Jamaican artists in the late 1970s that crossed over with the emerging punk/new wave audience.

Punk poet Patti Smith had practised her poetry over the rhythms from Tapper Zukie's ‘Man Ah Warrior’ album, before reworking them as songs with her band. Acknowledging this influence she brought Tapper on stage with her at the Hammersmith Odeon 23 October 1976 & introduced Tapper to a whole new audience. An audience that accepted Reggae as a music that also dealt with struggle & oppression. The great cover shot shows Tapper standing at the back gates of the school yard in Trench town which was opposite his own yard...so sit back & hear what was happening back then that made this such a time defining album. 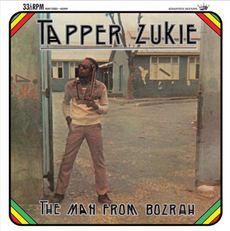