An obscure Black Ark rarity that was produced by Phil Pratt - 'Why should you' has a strong Lee Perry influence both in the vocal style & in the production.

Roy Graham was a singer friend of Pratt & along with Bobby Kalphat came to a recording session where they were cutting tunes with singer Al Campbell. A funky 45 that has never been re-pressed since its original small first run on the Sunshot label, Bobby Kalphat's rhythmic melodica stabs away alongside Roy Graham's vocals. Has a nice Black Ark version on the filp side. 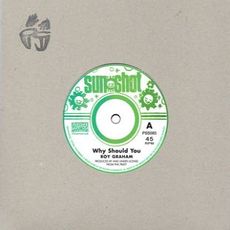