She is joined on the album by Dennis Bovell, Omar, George Dekker & Winston Francis. The strings on the album are the Macedonian Radio Symphonic Orchestra & Choir. "ploughs the kind of summery pop/reggae groove that requires a lot of sunshine. It is preposterously laid back, occasionally reminiscent of Lily Allen, and reminds listeners of Lindy Layton, the young woman who, in 1990, provided the vocals for “Dub Be Good to Me”, the No 1 hit from Norman Cook’s Beats International project" - the independent. 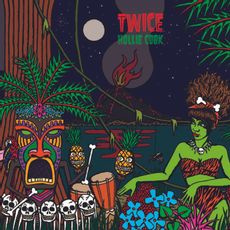