yabby you & the prophets


takes up the mantle of exploring YabbyYou’s extensive back catalogue & is packed with previously unreleased mixes of one of the most maverick of Jamaican producers.

Yabby You began his musical career in the early 1970s just as a new wave of Jamaican artists & producers were starting to dominate the local music scene. Vivian Jackson aka known as Yabby You was born in Kingston in 1946. 'Deeper Roots Part 2' focuses on the more instrumental & dub infused productions of Yabby You & has many exclusive mixes. Some of the tracks were given directly to Pressure Sounds by Yabby & some have come from exclusive dubplates. 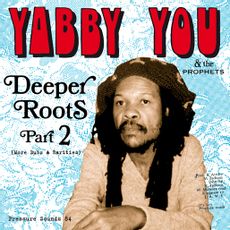