Follow us Follow us
Home  | reggae  | various artists - studio one dancehall - sir coxsone in the dance: the foundation sound

STUDIO ONE DANCEHALL - Sir Coxsone In The Dance: The Foundation Sound


A collection spanning Studio One’s dancehall period - When Clement ‘Sir Coxsone’ Dodd first ruled the dancehalls of 1950s Kingston, few could imagine how far the reign of Studio One would last.

However, the emergence of dancehall as a distinct style of reggae at the end of the 1970s in many ways made Clement Dodd’s vision more powerful than ever before. He soon began voicing the new stable of Studio One singers & DJs, such as Sugar Minott & Lone Ranger, over original classic Studio One rhythms recorded in the late 1960s - producing some of the most innovative, time-bending & creative music of his career. "Dodd nurtured the career of nearly every internationally renowned reggae artist." - The Guardian 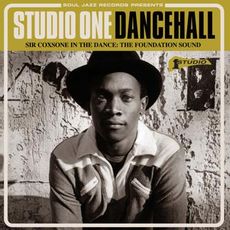