kicking off with a storming mix of 'ALL ALONG THE WATCHTOWER' by legendary producer John Leckie, the latest album from collaborator-friendly suns of arqa captures the spirit of this unique band in full force.

Pioneers of World Beat, Ambient, Downtempo and Electro-Dub, the collective draw inspiration from around the world, interpreting indigenous, tribal and classical folk traditions. They have created an impressive legacy and earned worldwide recognition - their work has seen some of the greatest innovators of the UK music scene: Adrian Sherwood, The Orb, Zion Train, John Cooper-Clarke, 808 State, Prince Far-I and many more, collaborate with this totally unique underground force of music. What started as a musical vision, while on a road trip to visit legendary reggae artist PRINCE FAR-I in Kingston, Jamaica, has blossomed into michael wadada's solo voyage, establishing a spiritual-political movement in the Highlands of Scotland to create dub rhythms & ethnic harmonies. This is must-listen stuff. 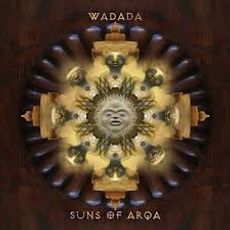