Recorded in Kingston, Jamaica & originally released in 1983, it remains unclear whether this album is a mixture of original recordings overlayed with additional players, or Ossie’s post-Mystic Revelation players remaining true to the spirit of Count Ossie (who had died in a car crash in 1976). Count Ossie is the central character in the development of Rastafarian roots music, an almost mythical & iconic figure. His importance in bringing Rastafarian music to a populist audience is matched only by Bob Marley’s promotion of the faith internationally in the 1970s. 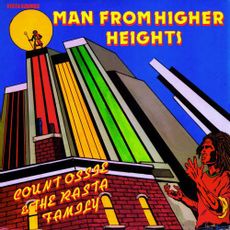