exemplary selection of bunny striker lee’s recordings at randy’s studio 17 - while some were recorded entirely there others are the products of bunny’s legendary mix and match approach with rhythm tracks laid at randy’s and then voiced elsewhere.

in 1959 vincent chin opened a small record shop on the corner of east st and tower st in downtown kingston named after randys records in gallatin, tennessee. two years later the shop moved to more spacious premises at the heart of kingston’s commericial district where randy’s record mart rapidly established itself as one of jamaica’s leading retail outlets. vincent also produced records and jamaica declared its independence in the summer of 1962 to the sound of lord creators ‘independent jamaica’ produced by vincent and released on his randy’s creative calypso label. 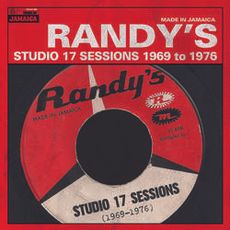