jammy’s prodigal talent didn’t come from nowhere – this set amply demonstrates his work with the almighty king tubby taking him from prince jammy to king jammy.

in that old jamaican way, when everyone in jamaica was given a new name to work with, prince jammy as he would be known so impressed his colleagues that he rose from a prince to a king, both names given to him by producer bunny ‘striker’ lee. out of the many protégés that trained and worked at king tubby’s (and there were many - scientist, pat Kelly and prince phillip smart to name but a few) it was king jammy’s work that was the main stay. 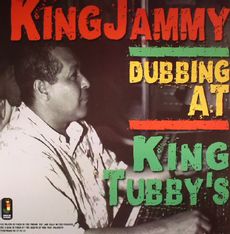