Originally released in ‘77 as a dub follow up to ‘Tappa Zukie in Dub’ with Prince Jammy behind the controls.

Tapper was definitely in good hands - the album makes great use of Tapper’s extraordinary Channel One rhythms cut with Sly and Robbie’s The Revolutionary’s Band. the label have added some alternative dubs and tracks that compliment the set. 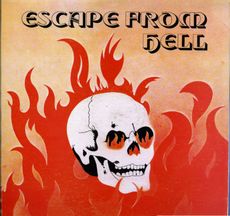