The late Augustus Pablo is a legendary founder of dub music as well as one of the greatest reggae producer/songwriter/instrumentalists ever to be heard.

Several years after his death his cult following has only grown, helped along by reissues of his classic reggae albums 'EAST OF THE RIVER NILE' and 'KING TUBBY MEETS ROCKERS UPTOWN'. 'KING DAVID'S MELODY' is a collection of singles recorded between 1975 and 1982 for both the Rockers and Message record labels - an instrumental album full of beguiling melodies played by Pablo on melodica and keyboard. 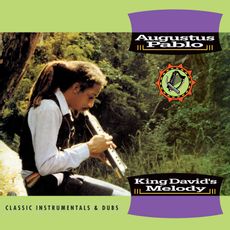