As part of the celebration, Ziggy Marley has revisited his father's original session recordings, uncovering unused & never-before-heard vocals, lyric phrasing & instrumentation, transforming these various elements into brand-new session takes. Recorded in London following an attempt on his life, 'Exodus' shows Marley mellowing a bit. Despite some powerful political tracks, he adopts a less fiery, more reflective approach than his previous outings. Still, it's hard to find reggae as good as this. 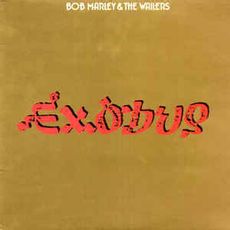