Benjahman’s interest in music is inherent, initially he began his career in the music industry by creating his own label Lion Kingdom. His first recordings of Family Affair and Jahworld will Keep on Turning were created with the Zabandis Band, a local reggae group who had backed Louisa Marks. Their talented lead guitarist Tungamirai wrote Louisa Marks hit song Sixteen Street. Working with Zabandis was a great experience however true to the lyrics of Jahworld , I. Benjahman kept on learning. By chance I Benjahman found Tony King Studio where the legendary sound engineer Sid Bucknor was the resident engineer. Sid Bucknor had famously recorded the Natty Dread Album for Bob Marley and loved the fresh sounds I. Benjahman came with. I. Benjahman began to record his first album Fraction of Jah Action and recruited musicians such as Sowell Radics lead guitarist from the original Roots Radics band who backed Gregory Issacs. Original Studio One drummer Leroy (Horse mouth) Wallace, star of Rockers the movie. I. Benjahman later made contact with Dennis Bovell who wrote the lovers rock anthem Silly Games. Dennis Bovell a great sound engineer and musician worked at Studio 80 and helped to create Give Love a Try, which became a popular track. Fraction of Jah Action was well received and set a foundation for the Lion Kingdom Label. Renting studios and making live music with talented musicians became financial untenable therefore I. Benjahman in true independent spirit set about being self reliant in order to create the product he was striving for. I. Benjahman embarked on building his own studio with his associate Cass Lewis. Studio Blackfoot was born and out of Blackfoot’s studio the group Skunk Anansie was unleashed to the world. At that time despite all the odds, I. Benjahman spent much of his thoughts and time trying to make Studio Blackfoot a success and it produced a great vibe. Slowly but surely the yearning to make a new album was overwhelming and Rasta 2000 was created. This album used less musicians and included more electronic sounds and programming, which was the way the music industry was going at that time. Rasta 2000 is a great album however I. Benjahman reflected on the exhilarating experiences he previously had by working with live musicians jamming in a studio atmosphere . With each album one thing for sure is that the identity and stance of I. Benjahman’s independent sound remain a positive force that has continued to grow organically. The forthcoming new album Heritage in Focus is the standard and quality music that I. Benjahman has worked to achieve. It’s fresh and lively tracks such as Action, Rise Up, Bad Bwoy and Condem Them, are all original tracks created with top musicians and topper top engineer and producers, Michael (Smutly) Smith and Paul(Groucho) Smykles. Groucho renowned for his Grammy award win for his production and mixes on the album Anthem by Black Uhuru. Heritage in Focus on the Obzaki Label is a courageous and heartfelt album. It is a slow burner yet the more you hear it, is the more it’s moving tributes become stronger in mind and soul. The album is Tuff and Melodic and is a Must for Roots Rock lovers of Reggae Music. 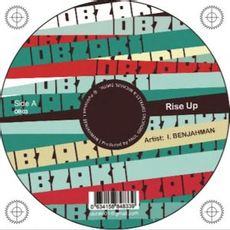