A dozen tracks new to CD.One of the most sought-after albums from the rock steady eraReleased by Trojan Records in 1968, when the famed London-based Jamaican music company was still in its infancy, "ABC Rock Steady" is today one of the most sought-after long players from the rock steady era.Produced by pioneering female operator, Sonia Pottinger, the set primarily showcases instrumental versions of some of her most popular releases, performed by the Originals Orchestra - a short-lived ensemble that included some of Jamaica's finest session players, notably legendary saxman Roland Alphonso, ace guitarist Lyn Taitt and keyboard maestros, Leslie Butler and Aubrey Adams.This deluxe 2CD represents the album alongside an incredible 43 bonus tracks that include the original vocal versions of recordings on the LP plus the best of Pottinger's output from the 12 months preceding its release. 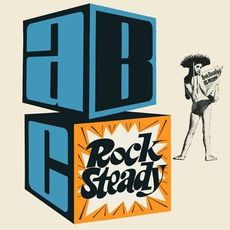