Mikey Dread was a Jamaican singer who played an important role in the popularization of the reggae during the 1970s. 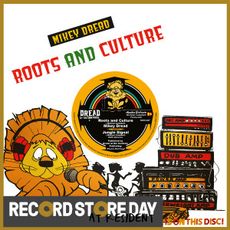