By the early months of 1966, the ska sound that had dominated Jamaica’s musical landscape since the onset of the decade was on the wane.

In this uncertain environment, leading Kingstonbased producer, Arthur ‘Duke’ Reid decided to issue an album showcasing another of the island’s indigenous musical styles, first popularised on disc in the 1950s: mento. Disappointingly, the LP failed to sell in any significant numbers and remained unissued outside of Jamaica, but in recent years, renewed interest globally in mento has led to the collection becoming widely sought-after by collectors. The 10-track long-player is re-presented here, along with a mouth-watering 46 bonus tracks, all of which were originally produced by the Treasure Isle Records boss during the months of 1966. The result is a compelling mix of musical styles, dominated by the rude boy ska sound that by the end of the year had evolved into rock steady. Featuring an abundance of recordings new to CD, this double disc set is undoubtedly one of the most captivating collections of vintage Jamaican sounds yet to see issue. 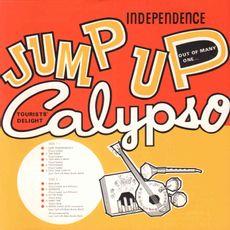