The Treasure Isle Recording Studio, which is now acknowledged as the leader in producing the hits of Jamaica-and where Rock Steady all happened.

Backing all the tracks on this LP is Tommy McCook and the Supersonics, the original Rock Steady Band. Tommy, on tenor sax, is one of Jamaica’s greatest musicians, and his arrangements on this and other records, as well as his superb solo work are evidence of this. Thanks to the artists, musicians, engineers, and the producer, Duke Reid—here is Rock Steady at its best 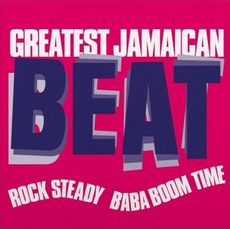