The original music accompanies the film's anti-romcom storyline - taking the listener through the themes of love, angst, happiness, despair.

This is the music score for the film Rare Beasts available on CD, download and vinyl. The music is written by Johnny Lloyd and Nathan Coen and the film is written, directed and starred in by Billie Piper featuring fellow cast members, Lily James, David Thewlis and Leo Bill. 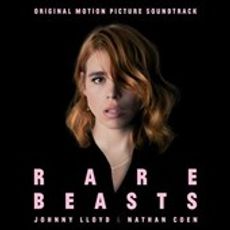