These Liverpudlian psych-folksters have laced their sophomore effort with a fervent belief in the rich and complicated experience of humanity - and we're all for it!.

Second album 'Torschlusspanik!' (German for fear of being left outside the gates) addresses some of the conflict and turmoil both around the world and also internally and emotionally. The band is the same, but they aimed for a leaner, more direct approach to song writing. Rather than painting impressions or abstractions they wanted to quickly get to the heart of their message and songs in bold, primary colours. Many of the songs tell stories or follow characters who represent or personify some of the themes being addressed. There is humour and there is sadness within these stories. 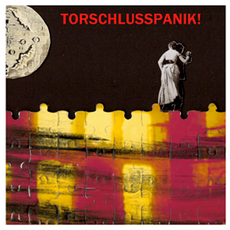