Liam Frost’s triumphant third album The Latchkey Kid presents us with some of Liam’s most compelling work.

A poignant and alluring album that lives up to the sky-high standards of his first two successful albums. Originally released in 2019 after a successful crowdfund campaign, this entire album was recorded in three days, melding his distinctive north-western delivery with that of Americana folk legends Josh Rouse, Whiskeytown and Josh Ritter. Lauded as the future Guy Garvey, the album standouts includes the epic ‘Mercy Me’, ‘Going Steady’ & ‘Pomona’, all proving that the art of great song writing is still alive and kicking. 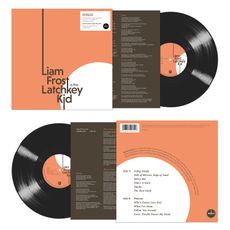