One of the leading lights of the Welsh alternative folk scene, Danielle Lewis, announces the release of her debut album: 'Dreaming In Slow Motion', this Winter.

With compositions of the spectral to the serene, underpinned by her singular, saintly vocals; the album is the distillation of everything that sets Lewis on a higher plateau all of her own. From the haunting to the humbling, the songs of 'Dreaming in Slow Motion' collectively offer a collage of Lewis' life as she navigated through the trials and tribulations of early adulthood. Her first collection of songs since the 'Live Forever' EP of 2018, the songs of 'Dreaming in Slow Motion' are unrushed and organic by both nature and design; developing with Lewis as she too blossomed in her abilities and gathered perspective on the definitive events of her formative years. Finding a kindred spirit in Secondson during the recording process, the Cardiff-based production prodigy proved to be a pivotal keystone in galvanising Lewis' vision in what would become her debut album. She says: "I was drawn to Secondson's otherworldly and ethereal production from the beginning. He helped bring to life the dreamlike essence of this record blurring the lines between heavenly and reality. Edging between orchestral and electronic..." Pulling illusory, languid melodies from the ether and pairing them with Lewis' distinctive vocal flutter, the results make for an album that cycles through phases of Julia Holter-esque ambience to songs of life-affirming, affecting folk-pop with DNA more aligned with that of Weyes Blood or The Weather Station. Danielle Lewis emerges in 2021 as a songwriter in masterful control of her art. 10 songs of breathtaking tenderness and ethereal presence. 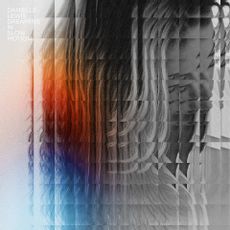