the mercurially talented 20-year-old Greater Manchester musician bedazzled us a few years ago with his debut & now he's done the same again with his unrestrained sophomore.

to the uninitiated he can sound disjointed, clattering, awkward & messy but once you've opened your ears & mind to his television-meets-jeff buckley-meets deerhoof-meets-dirty projectors-meets-shellac-meets-nick cave sonic adventuring, you'll know why he's becoming a word of mouth phenomenon. it's no easy listen - it's a cathartic, multifarious & often difficult listen - but if you commit to the experience, you'll be come out the other side feeling shaken, stirred & alive...if a little exhausted. "It’s wildly ambitious, challenging & wonderful" 9/10 - the 405. 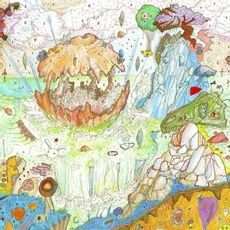