sacramento, california’s premier experimental industrial hip hop group are back with their 5th studio album & right from the blast beats on its opener, it doesn’t disappoint.

the crushing beats, skittering, woozy synths & the insistent, caustic delivery of vocalist mc ride make this some of the most intense music the band have produced - but what that intensity achieves over the album's 13 tracks is something rather euphoric. “one of their most cohesive grotesques ever, renewing their focus on songcraft… For all its chaos and fury, ‘Bottomless Pit’ is Death Grips' most accessible record since ‘The Money Store’” – 8.1/10 pitchfork 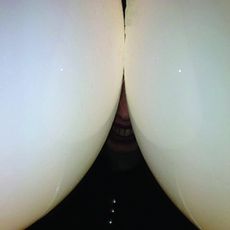