dark, neon, brooding guitars swirl around like they’re alive, fizzling with electricity, washing over & around you until they eat you alive – in a very good way.

the ‘Occult Architecture’ of their  4th album - a psychedelic opus in 2 separate volumes released in 2017 - is an intricately woven hymn to the invisible structures found in the cycle of seasons & the journey of day into night, dark into light. Offering a cosmic glimpse into the hidden patterning embedded in everything, it reflects the harmonious duality through the theory of Yin & Yang. their guitarist says “There’s something really powerful about the changing of the seasons in the Northwest, the physical & psychic impact it has on you, especially after we spent so many years in the seasonal void of California.” 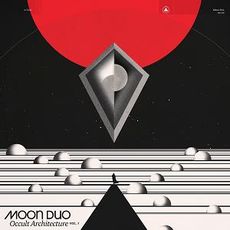