Thick with atmosphere and the tension of a celebration on the verge of violence – this vast and confrontational release evokes such disparate voices as Algiers, Alice Coltrane, Nine Inch Nails and even Rick Rubin’s early hip hop production.

Self-described as ‘Sufi trance musicians and rituals in conversation with post-industrial sonics. stark, metallic, cavernous percussion and voices of cool urgency.” This release has grabbed the attention of the whole staff. ‘Rûwâhîne is no ordinary album. In fact, the word ‘extraordinary’ doesn’t even do it justice. Rûwâhîne is one of the most amazing pieces of work you will ever witness, maybe never heard before and never to be heard again.’ - Louder Than War 10/10 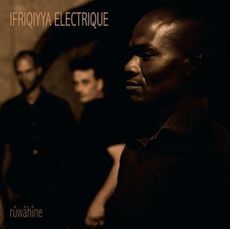